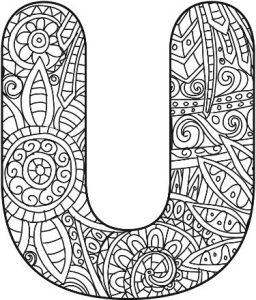 For to us a child is born, to us a son is given; and the government shall be upon his shoulder, and his name shall be called Wonderful Counselor, Mighty God, Everlasting Father, Prince of Peace.- Isaiah 9:6

Activity: Draw US. Begin a picture by drawing a picture of your family. Then add in extended family and friends. Fill up the page with everyone you can possibly think of. Those and more are who Jesus came to save.

Who is Christmas for? Was it for Mary, that she might celebrate a perfect little boy? Was it for the shepherds, to give them a break from tending their flock? Was it for the angels, that they might have something to sing about? Maybe it was for the Wise Men who had been watching for a star to see a prophecy fulfilled. Perhaps it was for the Israelites who had waited thousands of years for the promised one to be born.

The answer to all of the above is yes, it was for them. But most exraordinarily, it was also for us.

Most of us don’t fit into the story of the Bible in the way that we might like. The Old Testament was the story of God’s people, the Israelites who were looking forward to the day when their nation would be the greatest in all of history. They were anticipating the day when they would have the perfect king that all other nations would look up to. They believed that because they were God’s people, God was theirs exclusively. Which is a fancy way of saying that God was for them only and not for anyone else.

Most of us are not part of God’s Old Testament people, the Jews. The Jews had a name for people who were not Jews. They called them gentiles, and it wasn’t a very nice name. Calling someone a gentile was saying that they were dirty sinners and outcasts, that they were bad and didn’t belong.

God’s Word says that the Jews were right. We aren’t good enough, and we don’t have any right be be called a part of God’s people based on who we are. But neither were they. Romans 3 says that no one is good enough to deserve God’s love.

But then Jesus came. And He did something shocking. He made friends with the sinners and the outcasts. He healed them and ate meals in their houses. Even though it didn’t make sense, Jesus loved the gentiles.

And then He did the unthinkable, He gave up His life to save those sinners and outcasts (Rom. 5:8). Jesus came to earth, and died, for us. Christmas is a celebration that God’s love is for all people. For Jews and Gentiles, for people from every nation and every language.

PRAYER: Dear God, Thank you for sending Your Son, to save us. In Jesus’ name we pray, AMEN.