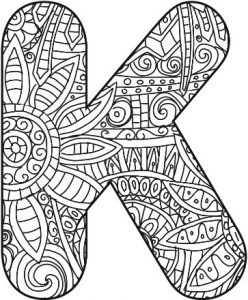 Behold, wise men from the east came to Jerusalem, saying, “Where is he who has been born king of the Jews? For we saw his star when it rose and have come to worship him.”– Matthew 2:1b-2

Activity: Find a cardboard box and make a crown fit for a king. If you have a nativity scene, consider trying to make a crown to fit on, or rest near the baby Jesus.

In the year 1422, 9 month old Henry VI became the king of all of England. And then, a few months later, though there was some disagreement, he also became the king of France. At less than a year old, Henry VI was king of two of the greatest nations in all the world. Though he was the king, Henry wasn’t old enough to rule in England until he was 16; because what good is a baby-king?

When Jesus was born some wise men came from another country because they had read the words of the prophets which promised a great king. They had seen the sign of the promised king, the star in the eastern sky, and followed. But not everyone was happy to hear of the baby king. This newborn king was a problem for king Herod. He didn’t want anybody else to take his crown. So he tried to have baby Jesus killed.

Sometimes we don’t want Jesus to be king of our lives either. We like to think that we would do just fine as king of our own lives, deciding for ourselves when to love others and when to love ourselves first. Declaring that we can be good enough, even though we know our own goodness is not very good. In our efforts to be kings and queens of our own lives we make childish and foolish choices which show even more how much we need someone to save us.

Thirty some years after Jesus was born, there were other rulers who didn’t want to follow Jesus. They decided that God’s people, that God’s holy temple even, would be better off if Jesus was not around, so they found a way to have Jesus arrested and nailed on a cross. On the top of that cross was a sign that read, “King of the Jews.” It was put there to make fun of Jesus and those who thought He was a king, but it turns out that the sign was absolutely true.

Jesus rose from the dead and went up to heaven, and He now reigns as king, not from a castle on earth, but from a heavenly throne. Christmas is the celebration of The King who came for us. Who even as a baby, was doing everything that needed to be done, to save His people from their sin.

PRAYER: Dear God, Thank you for sending King Jesus, to save us from our sins. In Jesus’ name we pray, AMEN