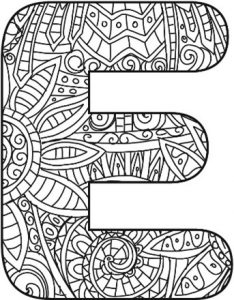 The Man called his wife’s name Eve, because she was the mother of all living. -Genesis 3:20

It may seem weird to go all the way back to Eve when talking about Advent, but Eve is a huge arrow pointing to the messiah that would come.

Adam and Eve were the first people. They walked with God and enjoyed His company in the garden, but they were also the first to bring sin into the world. Because of that sin, God told them how life was going to be different, darker, and not as good. But He also promised help. He said that a descendant of Eve would save the world.

Eve doesn’t receive a name until after the promise. The name Eve means life-giver. She is called that because she is both the first woman to have a baby, but also because Adam knew that the promise of a savior would come through her. As a matter of fact, the name she gives her first born child (Cain, which means spear) leads us to believe that in her trust in God, she believed he would be the promised one who would overcome the devil.

Cain would not turn out be the savior but one of her great, great, great (here we go again, just like with David) grandsons would. Eve was the beginning of the family tree of Jesus (Lk 3:38). She was indeed the “mother of all living” because through her would come Jesus who would give life to the whole world.

But in true advent (waiting) style the world had to wait to see the awesome promise of God. Not just a couple of years, but for thousands of years until the time was right.

As we look forward to Christmas it might feel like it is thousands of years away, waiting is hard. But we celebrate that we are not waiting for the one who will save us. But celebrating the birth of Jesus, the one who has already saved us and given His life so that we can live forever.

Prayer: Dear God, Thank you for Jesus, who’s death gives life to us all. In Jesus’ name we pray, AMEN.